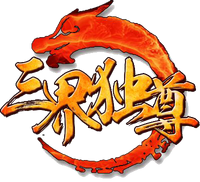 Welcome to the Sovereign of the Three Realms Wiki[]

This is the unofficial wiki for the novel Sovereign of the Three Realms a web novel written by Plow Days (犁天) published on Qidian. The novel is currently being translated by etvolare on WuxiaWorld.

Sovereign of the Three Realms is a novel about the reincarnated Son of Heaven into the mortal world.

Heaven has mysteriously collapsed. But wait, Jiang Chen, son of the Heavenly Emperor, unexpectedly reincarnated into the body of a despised young noble, thus embarking on the path of the underdog trouncing all comers. No one has the right to call himself a genius in front of Jiang Chen, as no one has a better understanding of the heavens than the son of the Heavenly Emperor. Genius? He who adheres to me shall ascend, those who oppose me can find solace in hell!

Photos and videos are a great way to add visuals to your wiki. Find videos about your topic by exploring Fandom's Video Library.

Community content is available under CC-BY-SA unless otherwise noted.
Advertisement